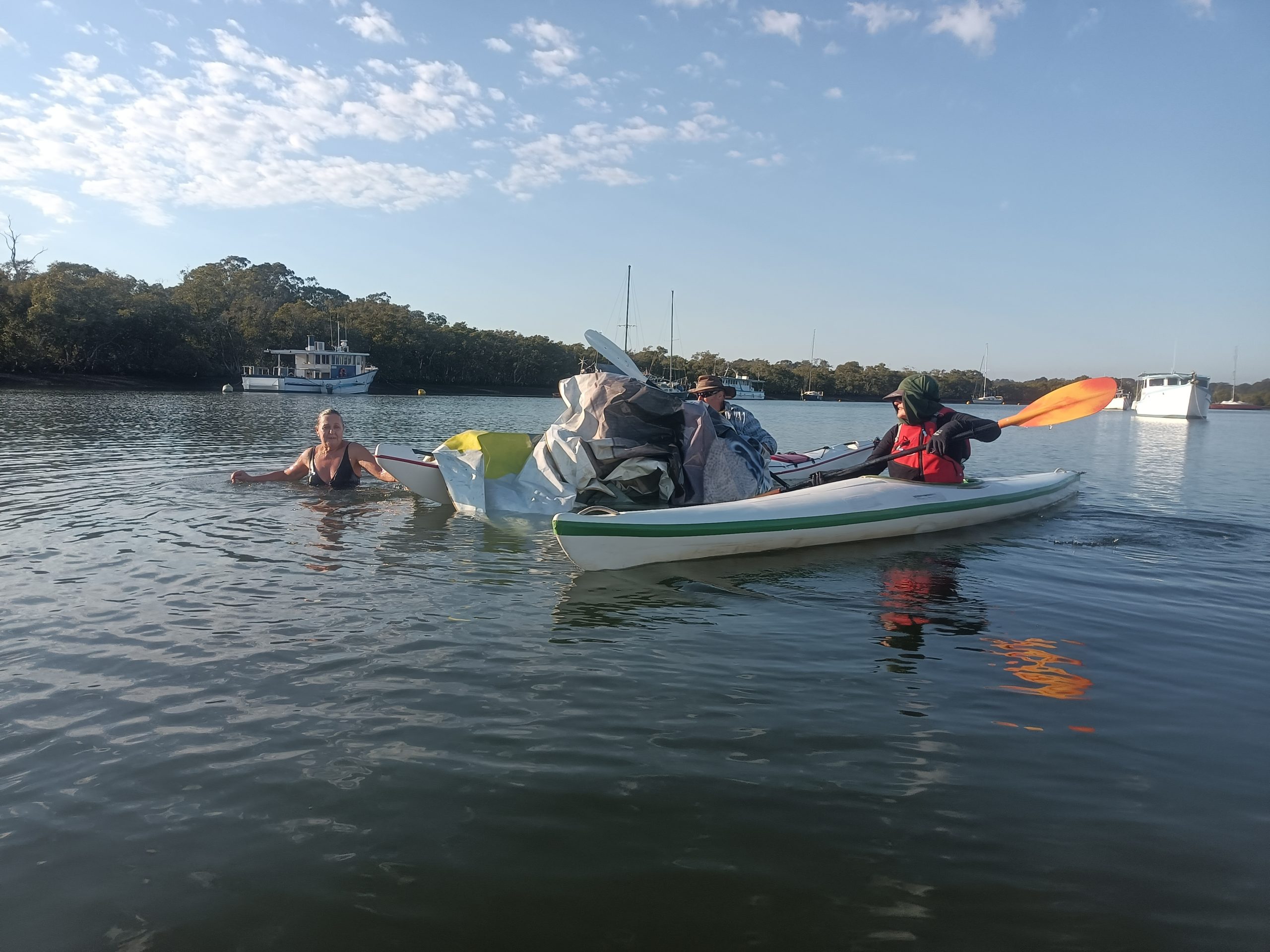 Sunday 29 August a group of 4 club members set off for the bay on a low tide. One of them spotted what looked like a submerged sail in the creek, not far from the Thorneside boat ramp on the Queens Esplanade. After multiple failed attempts to get hold of it and lift it, Dianne got into the water to get it that way. Go Dianne!

In a joint effort the sail/tarp was pulled up and out of the creek and disposed of in a rubbish bin near the boat ramp. On the way back another joint effort saw an abandoned and barnacle covered crab pot pulled out of the mud. The crabs inside were released and the crab pot taken back to the club to be disposed of.

Planning underway for the Anzac Day Paddle to Darling Point 2023

Raft up with our Club’s new Commodore