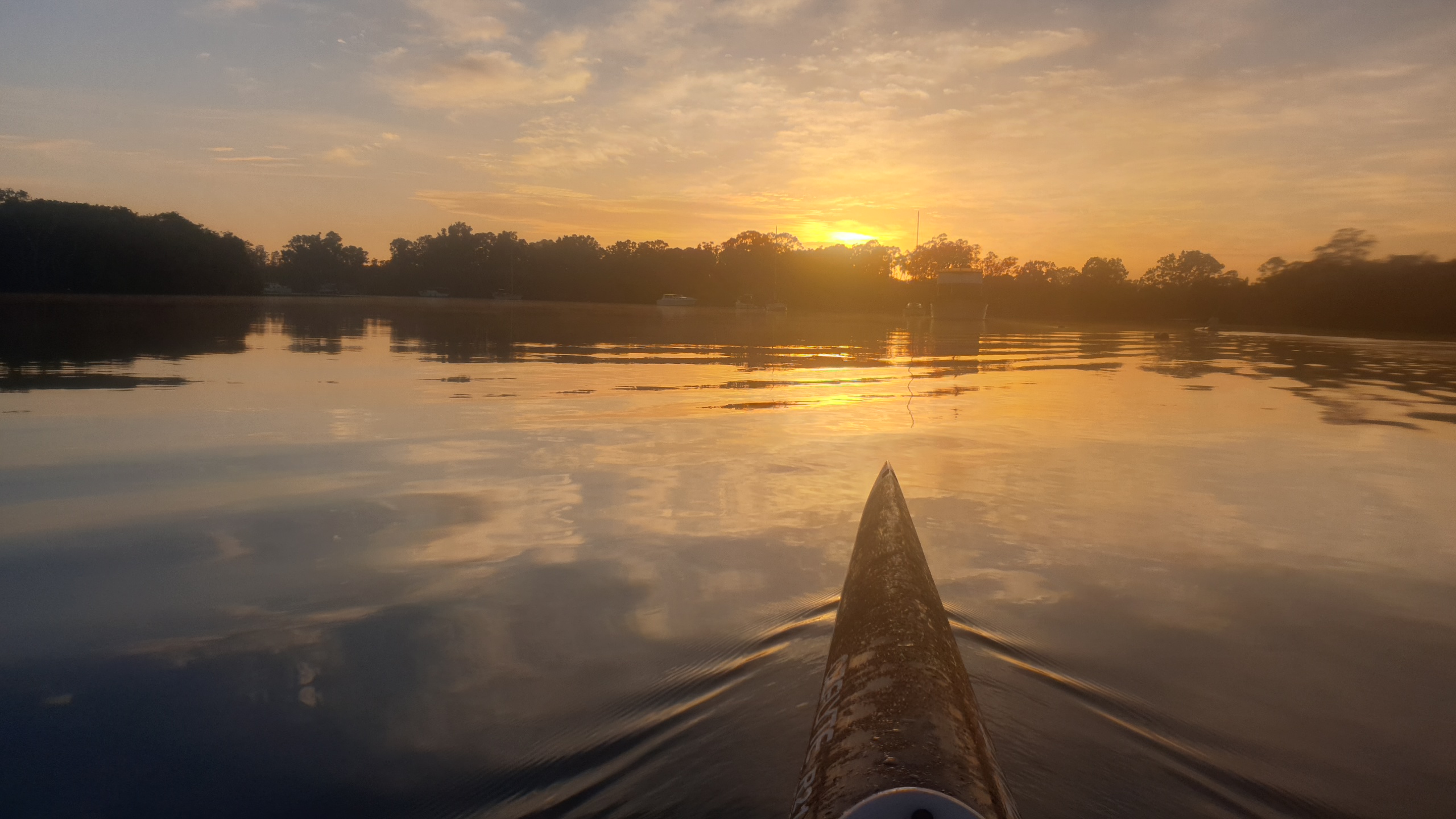 1. Plan Ahead and Prepare

Plan ahead by considering your goals and those of your group. Prepare by gathering local information, communicating expectations, and acquiring the technical skills, first aid knowledge, and equipment to make the trip a success. Build Leave No Trace into your plans by picking an appropriate destination for your group and allowing plenty of time to travel and camp.

Be prepared to sit tight or turn back if you sense danger or sustain an injury. That way, you won’t have to abandon Leave No Trace techniques for the sake of safety. For instance, poor planning or disregard for weather conditions can transform an easy bushwalk into a risky encounter with extremes in temperatures. Cold and wet or suffering from heat stress, it’s tempting to think that the impacts of cutting branches for shade or shelters are justifiable.

Prevention by obtaining knowledge ahead of time is often an easier solution.

2.Travel and Camp on Durable Surfaces

“The notion that [outdoor] recreation has no environmental impacts is no longer tenable.”
Curtis H. Flather and H. Ken Cordell

What effect does a footstep have?

The answer is, it depends.

A footstep means different things to a young tree and meadow grass, to leaf litter and fragile soil, to a gravelly river bank and rain forest moss. Unfortunately, trampling causes vegetation damage and soil erosion in virtually every environment. Recovery that takes a year in some environments might take 25 years in others.

Other impacts are also possible. Most soils contain animals that live or feed on decaying plants. Trampling destroys habitat for insects, earthworms, molluscs, and snails, as well as the fungi that fertilise the soil and help make re-growth possible. Vegetation protects underlying soils. Once plant growth is destroyed, erosion can continue with or without further use. In general, wherever you travel and camp, use surfaces that are resistant to impact such as rock outcrops, sand, gravel, dry grasses, snow, and water.

Avoid non-durable surfaces such as soft plants, riparian zones, muddy sites, and fragile soil layers. When travelling along a shoreline, hike on durable surfaces and spread out. Along stretches of coastline where there are no designated trails, hiking at low tide is generally best because the hard sand, gravel, or rock of the intertidal zone (the area between the highest and lowest tides) is exposed. In this area, be careful to avoid crushing intertidal life such as mussels and barnacles. Hiking at high tide usually causes greater impact because the higher water level may force you to walk in fragile sand dunes or vulnerable coastal vegetation.

Concentrating use in these areas and, if necessary, on the surfaces mentioned earlier, will minimise disturbances to soils and vegetation. Stay on designated tracks.

“Cleanliness is next to godliness.”
Anonymous

“Pack it in, pack it out”
is a familiar mantra to seasoned travellers.

Any user of recreation lands has a responsibility to clean up before he or she leaves. Inspect your campsite and rest areas for rubbish or spilled foods. Pack out all rubbish and kitchen waste, including leftover food.

Plan meals to avoid generating messy, smelly rubbish. It is critical to wildlife that we pack out kitchen waste, such as bacon grease and leftovers. Don’t count on a fire to dispose of it. Rubbish that is half-burned or buried will attract animals and make a site unattractive to other visitors. Overlooked rubbish is litter, and litter is not only ugly — it can also be deadly.

Animals scavenging a meal from a tasty smelling morsel can ingest bits of dropped food packaging damaging their digestive system. Plastic six-pack holders and plastic bags kill shorebirds, sea turtles and other marine mammals including whales. Fishing lines, lures and nets ensnare, injure and maim wildlife, so be careful not to leave any behind. Pack in plastic bags to carry your rubbish out (and maybe someone else’s).

Before moving on from a camp or resting place, search the area for “micro-rubbish” such as bits of food and rubbish, including cigarette filters and organic litter such as orange peels, or egg and nut shells.

4. Leave What You Find

“The earth, like the sun, like the air, belongs to everyone — and to no one.”
Edward Abbey

People visit natural areas for many reasons, among them to explore nature’s mysteries and surprises.

When we leave rocks, shells, plants, feathers, fossils, artefacts and other objects of interest as we find them, we pass the gift of discovery on to those who follow.

It’s the missing elements of our favourite places that disturb us the most. “Leave What You Find” means retaining the special qualities of every wilderness area—for the long term.

“In gaining the lovely and the usable, we have given up the incomparable.”
Wallace Stegner

Wildfire destroys thousands of kilometres of bush each year in Australia. Many of these fires are either carelessly or accidentally set by uninformed campers and travellers.

Setting controlled fires is a practice and science of experienced land managers and Indigenous people, and is based on weather, sources of ignition, and fuel. The intent is to reduce the amount of fuel in the forest under-storey in order to decrease the chance of uncontrolled hot fires and regenerate growth. In contrast, large uncontrolled wildfires set unintentionally during hot, dry windy periods can spread rapidly and result in the critical loss of natural habitat, property and human life.

Along with the destructive nature of fire, the natural appearance of many recreation areas has been compromised by the careless use of campfires and the demand for firewood. Campfires are beautiful by night. But the enormous rings of soot-scarred rocks – overflowing with ashes, partly burned logs, food and rubbish – are unsightly. Surrounding areas have been stripped of their natural beauty as every scrap of dry wood has been torched.

Some of us grew up with the tradition of campfires. But they are no longer essential for comfort or food preparation.

“The stark truth is, if we want wild animals, we have to make sacrifices.”
Colin Tudge, Wildlife Conservation

Protected lands offer a last refuge from some, but not all, of these problems. Consequently, wild animals and marine life need recreators who will promote their survival rather than add to the difficulties they already face. We know that animals respond to people in different ways. Some species adapt readily to humans in their domain, resume their normal behaviours and may have become “habituated.”

Other animals flee from humans, abandoning their young or critical habitat. Still others are attracted and endangered by human food and rubbish. Because outdoor recreation is dispersed over large areas and at all times of the year, its impacts on wildlife can be equally as disruptive.

All species are to some extent, affected by people visiting their habitats. We are responsible for coexisting peacefully with wildlife.

7. Be Considerate of Your Hosts and Other Visitors

“Supreme over all is silence.”
John McPhee

“Silence is the element in which all great things are fashioned.”
Thomas Carlyle

Today, we must consider the rights of traditional land owners as well as share the wilderness with people of all recreational persuasions. There is simply not enough country for every category of enthusiast to have exclusive use of land, wilderness, trails, bush, lakes, rivers, and campgrounds.

Yet the subject of outdoor “etiquette” is often neglected. We’re reluctant to examine our personal behaviours, least of all in the wilderness where, to many, a sense of freedom is paramount.

Canoeists, like others who use the outdoors for recreation, have a responsibility to minimise their impact on the natural environment, the enjoyment of others and on public and private property.

Paddle Australia Guides and Instructors agree to comply with these guidelines and any additional National Park, council or other authorities’ regulations and fire bans.

Planning underway for the Anzac Day Paddle to Darling Point 2023

Raft up with our Club’s new Commodore